As Christmas time is approaching I have been asking my daughter what she would like Santa to bring her.  Any time she would think of something she might like she would tell me she wanted it for her birthday not Christmas.  She is terrified of Santa.   She doesn’t even want him to bring her anything for Christmas because she doesn’t want anything to do with him.  I finally convinced her that Santa will just leave her present under the tree; she doesn’t even have to see him.  This helped a little but she is still pretty nervous about him. 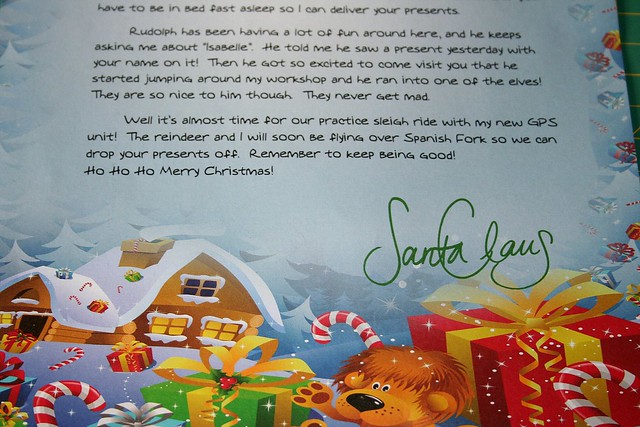 That’s why I was pretty excited to try out http://santawillwrite.com/.  They send you a letter written by Santa telling your son/daughter that they have been good and they should keep being good.  I thought it might help relieve some of my daughter’s fears of Santa. After going online and filling out some information about my daughter I ordered her package.  I had to tell them a little about what my daughter wanted this year for Christmas and how she had been good so that each letter is personalized for the child.  Although most of the packages will come right after Thanksgiving ours came within just a few days.  My daughter was so excited to open it.  After we read it to her she got so excited.  It came with some stickers (which she loves), Christmas tattoos, a letter from Santa and Rudolph, and a certificate for being on the nice list.  She loves getting mail and I think getting personal mail from Santa that had information about her helped her be not quite as scared of him.  Although I’m not quite sure she will be willing to sit on Santa’s lap this year at least it helped her to understand he is not some crazy scary guy. 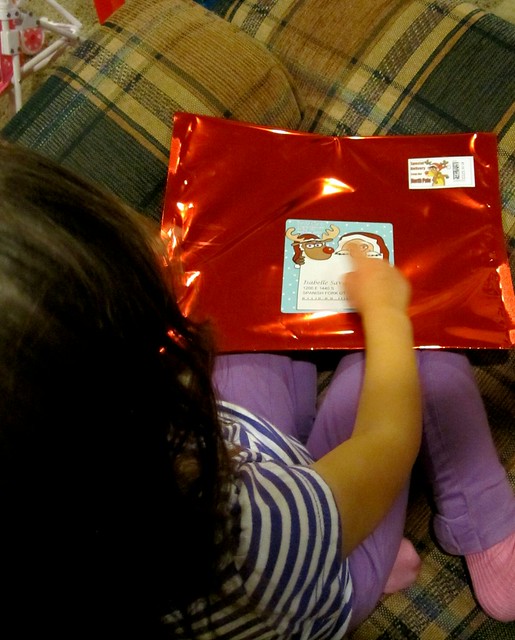 I wish they had put cardboard in the package so that her letters wouldn’t get bent. One of the corners got bent in the mail but overall they arrived in good condition.  But other than that I was happy about the quality of all the products and my daughter loved it which is the most important thing.  The letters were all well written and very cute.

Thank you to our contributor, Kristin!  Kristin received these products in exchange for a review, however, all opinions are our own.