We attended the Jordan World Circus last night in Orem at the UCCU Center at Utah Valley University. We had amazing seats, thanks to my good friend and amazing UCM contributor, and definitely enjoyed attending the event with a friend and her family.

The Jordan World Circus is originally from Las Vegas. It is a lower-production circus, however, the kids seemed to absolutely love it. There were tigers, dogs, a camel, a llama, and elephants, as well as other performers like clowns, dancers, and even a couple of acts with a motorcycle! And of course, there was a man flying through the air with the greatest of ease to end the show. 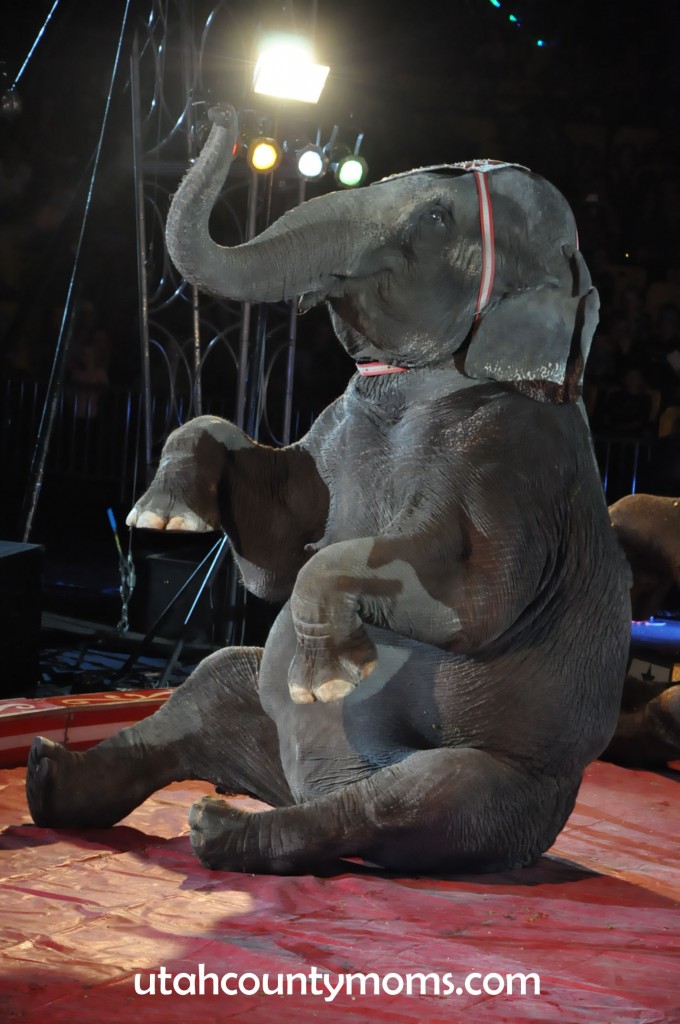 We made the mistake of comparing the Jordan World Circus to the Barnum and Bailey Circus which are similar, in that they are both circuses, however, there are also a lot of differences. The acts are different and there is some waiting time while various acts get ready to preform. The entire performance ended up being about three hours long so it was a long show for little babies who were tired – especially mine who was tired before we even arrived at the circus!

However, if you are looking for a good time with your family, you should enjoy time at this Jordan World Circus together. My children loved the animals (and there were a lot of them) and as it is a smaller circus, you even have the opportunity to ride the animals before and during intermission (for a fee).