To begin, in case you don’t know what a “babers” is, it’s my daughter.  As I understand, most significant others call each other “babe” or “baby” or some form of that but that’s not something my husband and I ever did.  But when our daughter was born, I thought it made sense to call her a “babe” since that’s actually what she is.  Somehow it developed into Babers, pronounced babe – ers.  Babers.

Now that you know what a Babers is, I can tell you that she is an explorer.  She spends most of her awake time roaming around the house, exploring undiscovered territory, learning about things, and trying so hard to get into the 25 pound bag of flour in the pantry.  There’s just no stopping her.  At times I try to put her in her room and close the door just so I know where she is and that she’s safe while I cook dinner but suddenly she becomes a puppy, scratching on the door and howling.  Yes, she actually makes howling noises … occasionally.  It’s pretty funny.

Her favorite places to be are in cupboards.  She pulls things out of them on a daily basis, especially the ones in the bathrooms.  Those are by far her favorite.  The pantry is probably a close second.  Besides the flour bag, there are all sorts of containers and boxes that need a good chewing on and could always use a little more flying through the air – she loves to throw things these days.

Speaking of throwing, things usually go through a process with her.  When she first picks something up, she examines it with her hands and eyes.  If there are no fun buttons or designs to trace with her little fingers, she moves on to chewing on it.  The duration of chewing varies but it’s usually soaked by the time she gives it up.  Once she’s done, and especially if I’m trying to take it away from her at all, she throws it.  Sometimes she throws it straight down but usually she throws it a foot or two away which is really obnoxious when it’s my phone since one button on my phone is already broken.

She loves to explore the outside too.  When it’s warm (which days are few and far between), we go outside and she explores the grass, the cement, the plants, and anything else she can get her hands on.

It’s so fun to watch her learn! 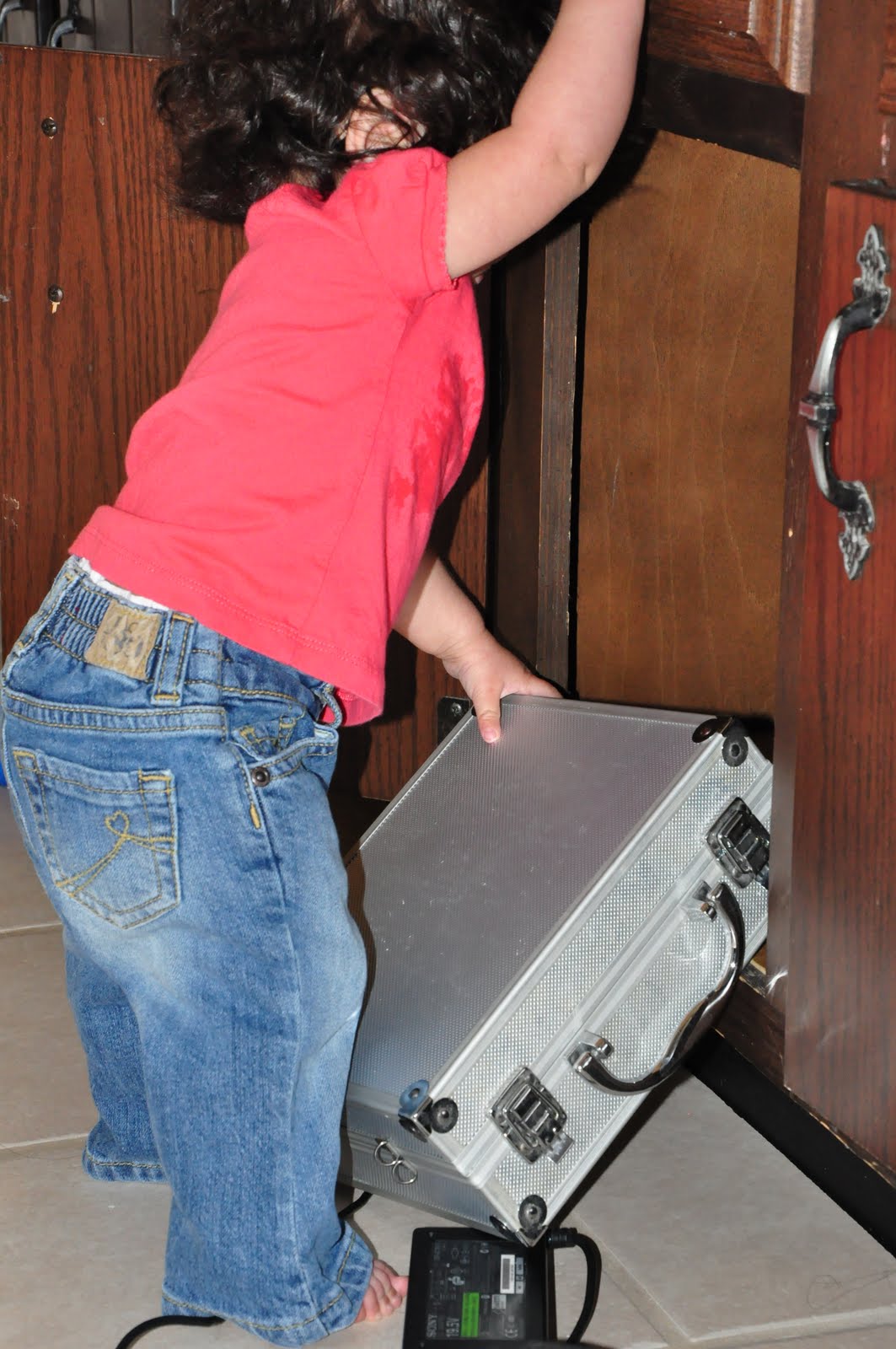 Oh, and the wet mark on her shirt is from her love of exploring the shower.  It echos and is so much fun to scream into!

Free Red Robin Burger for Jims and Other Derivatives

A Day in the Life of a Mom … on vacation