Gail Halvorsen was a pilot during World War II. One day while amongst the German children after the war, he realized that the children were delighted that he had a candy bar. To cheer them up, he hand-wrapped candy bars into little parachutes made with napkins and would release them from his plane as he flew over the children. The children knew he was coming because he would “wiggle” the plane wings. In such a sad time for the children, he brought so much joy, along with his peers that he recruited to help him pull off this task over and over again.

His simple gesture to the children is now famous and Orem will be able to participate in a special event. On July 3, Gail Halvorsen, affectionately named the “Candy Bomber,” will be speaking and dropping candy at Scera Park (699 S. State Street, Orem). He will have about 1,000 candy bars with individual parachutes to be dropped. Prior to the drop, he will be speaking at 3:30 pm. 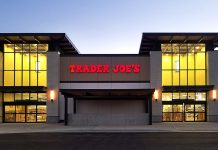